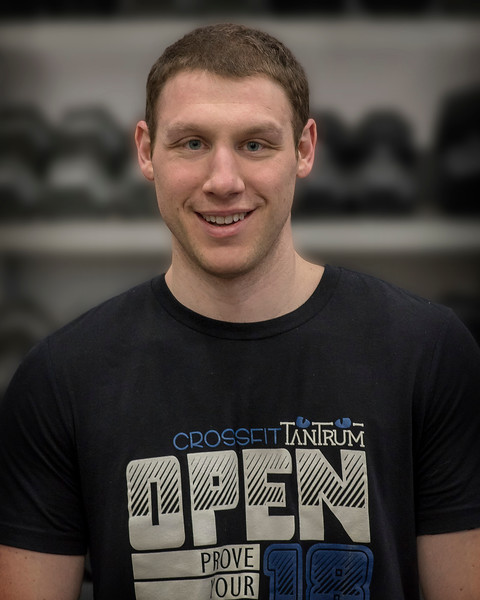 Chris Raimondi was born and raised in Pittsburgh, PA. Active from an early age Chris was involved in and participated in many sports including soccer, basketball, baseball, football, cross country, and track before landing on his favorite, rowing.

Chris achieved a BS in Chemical Engineering from Penn State while remaining active by ice skating and caving. Since 2010, Chris has been an engineer for Chestnut Ridge Foam, Inc. in Latrobe, PA designing and testing fire-retardant cushioning. He continued the active lifestyle by running half marathons, obstacle races, and by participating in golf and bowling leagues. After growing bored of the monotony of the big-box fitness routine, Chris was bitten by the CrossFit bug in 2015 and hasn’t stopped.

After two and a half years of CrossFit he decided to obtain his Level 1 and pass on his enjoyment of it through coaching. While attending his Level 1 certification he realized he had been living CrossFit’s “constantly varied” axiom toward fitness, being a jack-of-all-trades his entire life. For Chris, health starts at home where his wife Amy, a Nutritional Therapist and Medical Librarian, offers her expertise to optimize health and fitness potential through proper nutrition.